You can start saving up to 75% on things NOT COVERED by Medicare.

Donald Trump delivered his annual State of the Union address on February 4, during which he addressed a topic at the forefront of most Americans’ minds: healthcare. In a January poll, Gallup reported that 81 percent of Americans rank healthcare as “extremely important” or “very important.”

Trump used the State of the Union address to take aim at Senator Bernie Sanders (I-VT), one of the front runners of the Democratic presidential primary race, saying, “We will never let socialism destroy American health care!”

“One hundred thirty-two lawmakers in this room have endorsed legislation to impose a socialist takeover of our health care system,” Trump said, “wiping out the private health insurance plans of 180 million Americans.”

Although a bill that would force drug companies to disclose drug prices in TV ads has stalled in the courts, a similar bill is slated to go into effect in 2021.

Trump lauded the rule and claimed it would save “massive amounts of money for substantially better care.”

This rule would require hospitals to provide prices for services before they are performed if possible. While this would allow patients to make more informed healthcare decisions, one criticism is that it would also cause confusion and undue stress. It is likely that the listed price of services would not be accurate as it does not account for payments from insurance or hospital financial aid.

During the address, Trump also said, “I am calling for bipartisan legislation that achieves the goal of dramatically lowering prescription drug prices. Get a bill on my desk, and I will sign it into law immediately.”

It is important to note that a bipartisan drug pricing bill was recently sabotaged by Senate Majority Leader Mitch McConnell, according to Senators Chuck Grassley (R-IA) and Ron Wyden (D-OR). The senate is the last stop before a bill is taken to the President’s desk to be signed into law.

“I have also made an ironclad pledge to the American family,” Trump said. “We will always protect patients with pre-existing conditions.”

According to Axios, the Trump administration is currently in court trying to strike down the entire Affordable Care Act (ACA), which would effectively remove protections for patients with pre-existing conditions.

Get Your Free Discount Card!

Save on prescriptions, dental care, vision care, hearing care, and so much more.

Get Your Free Discount Card!

Save on prescriptions, dental care, vision care, hearing care, and so much more. 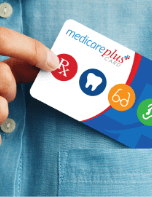